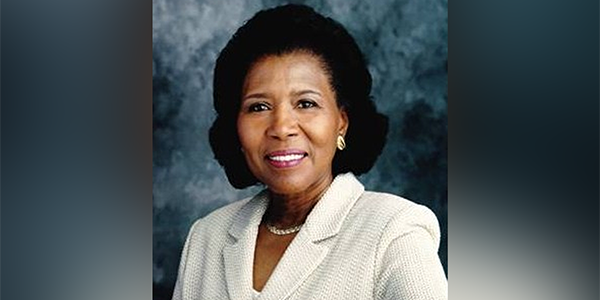 A Student of the Word

Growing up in rural Mississippi, African American children attended a small, under-resourced school located close to Dr. Berlean Miller Burris's family's farm. But her father, whom she calls "an extraordinary man," was determined that his 13 children would receive a quality education. So they moved to another town, and he drove his children to and from school every day.

Today, Burris, an academic leader, community advocate, and wife of former United States Senator Roland Burris, has sponsored a scholarship at Moody Bible Institute for young people whose finances might be preventing them from following God's call.

"Because Moody was such an excellent experience for me, I wanted to give back," Burris says. Working with the Field Foundation, who matched her contributions, she was able to build a scholarship fund of more than $100,000. "If I gave $5,000, they would match it with an additional $10,000," she explains. Students are now able to attend Moody from the interest on her investment!

Her parents instilled in her not just a love of education, but a commitment to God and the study of His Word. "Every Sunday we went to church and Sunday school; my dad made sure of it! He only graduated from eighth grade, but he would always sit on the front porch and read his Bible. On the fifth Sunday of the month, local churches would come together, and my dad would stand up and expound on the Word of God."

Burris decided that when she grew up she was going to study the Bible formally, but that plan was delayed while she completed the rest of her education. In high school, she attended boarding school where she excelled in chemistry and math. Following in her sister's footsteps, she moved to Chicago, where she became a registered nurse.

"Coming to Chicago to me was like going to a foreign country-with the tall buildings and the elevated trains. I thought, Oh my goodness. But my sister stuck with me, and I was able to adjust." While attending Providence Hospital as a student nurse, she met her husband, Roland. Later while he was attending Howard University law school in Washington D.C. they married and she also moved to D.C.

Burris earned multiple degrees from Northwestern University, University of Illinois at Chicago, and Loyola University Chicago. "When I started getting secular degrees, I forgot about my desire to further my Bible education," Burris says. "Here I was with my PhD and this big job paying six figures at the University in Chicago." One day, the president met with his cabinet, and offered them early buyouts.

"I thought, Where do I go from here?" Burris recalls. "Sitting in my kitchen one Saturday morning reading my Sunday School lesson, it was as plain as if God spoke to me aloud: You said you'd study My Word. Burris enrolled in a seminary but was disappointed. "I have never in my life felt so dejected. I had difficulty with their approach to the Bible," she says.

She began to pray, asking God to honor her desire to study His Word. One day, while eating a meal near two pastors, she told them about her disappointment with seminary. "I want to know the Bible," she told them. They said, "You're not going to learn the Bible here. If you really want to learn the Bible, you need to go to Moody Bible Institute."

Burris called Moody that night, and started graduate classes the next week. "During my first class with Dr. Baker, my heart was full. I so enjoyed listening to that man teach. It was almost like being in a church service. I loved it. I ate it up."

"While I was at Moody, my life was transformed," Burris says. "I had been a Christian, but at Moody I learned what it meant to have a relationship with Jesus Christ. I just fell in love. I would spend hours just reading and studying-it captured my heart. I will treasure my experience at Moody forever. It transformed my life."

Burris has enjoyed receiving thank you notes from many of the Moody students who have benefited from her scholarship. "I'm sure they are out there doing wonderful work in the Kingdom. I pray for them and ask God to use them for His glory."